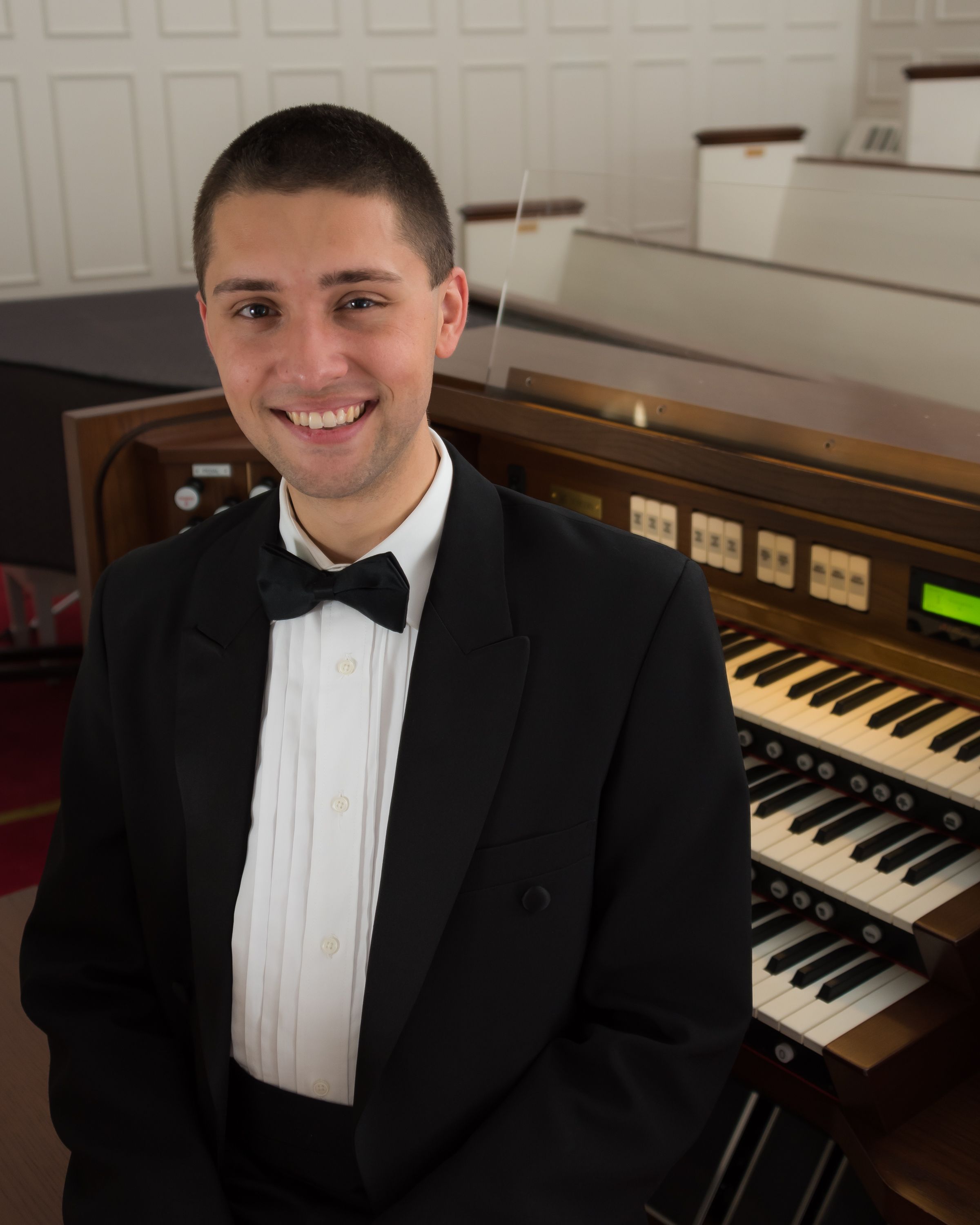 John Black leads our dynamic ministry of music, conducting our ensembles and serving as principal organist. He enjoys a full career as church musician, performing artist, collaborative pianist, composer/arranger, conductor and music educator. At Greenwood, John founded and conducts the fifty voice Greenwood Concert Choir for the Music at Greenwood community concert series, frequently with professional orchestra. He is entering his first year as a graduate organ student at Boston University, working toward the Master of Sacred Music degree. John holds bachelor’s and master’s degrees in music and music education (respectively) from Rhode Island College, where he studied piano, conducting and voice.

John was recently appointed Assistant Conductor of the Providence Singers, a symphonic chorus of over one hundred voices which regularly collaborates with the Rhode Island Philharmonic Orchestra. His recent projects include preparing the chorus for a performance of Harry Potter and the Prisoner of Azkaban with the RI Philharmonic at the Providence Performing Arts Center. In addition to his conducting responsibilities, John also frequently performs with the Singers as pianist and organist, including for a commercial recording on the famed pipe organ at Mechanics Hall. He was recently commissioned to create several carol arrangements for a collection entitled Merry Christmas to Altos, scheduled to be published by the Singers this Christmas season. John is also Assistant Conductor of the Carillon Women’s Chorus, an auditioned, four-part women’s chorus based in northern Rhode Island.

John has performed in the Newport Music Festival, where he was awarded a full scholarship to participate in the inaugural season of the festival’s Young Professional Artist Program, performing as soloist and in chamber ensembles at prestigious venues including Ochre Court, The Breakers, Aldrich Mansion and the Newport Art Museum. He is principal pianist and organist of the Rhode Island Children’s Chorus, with which he has performed at the Rhode Island Convention Center, the Ballroom of the Providence Biltmore, and the Cathedral of Sts. Peter and Paul in Providence. For the past ten consecutive seasons, John has served as resident pianist at the Newport Mansions during the Christmas season, performing as pianist and conducting choral performances at The Breakers, The Elms and Marble House for nearly a thousand attendees each evening.

Enjoying over ten years of service in liturgical music, John previously served as Director of Music at Barrington Presbyterian Church and as Organist at the historic Holy Ghost Church on Federal Hill. He retains the position of Organist at Saint Mark’s Church on the island of Jamestown, where he is responsible for the Saturday mass. Besides performing as pianist, organist and choral conductor, John has a passion for creating inspirational worship through sacred music, and enjoys crafting choral compositions and arrangements. John’s ministry is in close partnership with his wife, Olivia, a music educator, frequent soprano soloist and member of our Chancel Choir. John and Olivia were united in marriage at Greenwood in January, 2020 and reside nearby in Warwick.