Greenwood Community Church, Presbyterian, arose in response to wartime gasoline rationing during the Second World War. In 1942, women of the Greenwood area of Warwick organized an ecumenical, interdenominational Sunday School for area children whose families found it difficult to attend worship at their various churches due to the gasoline rationing. Worship services began later in that year and a desire for a formal church organization was very evident. On January 9, 1944, The Greenwood Christian Association was born. Members of the new church voted to affiliate with the Presbyterian Church, and in November 1944, the Greenwood Community Church, Presbyterian, was born with a charter membership of fifty-three people. 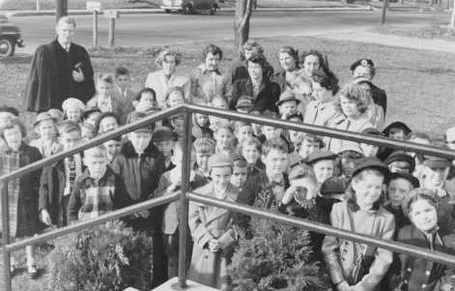 The post-war building boom brought many young families to the area, and many of them joined the new church. It prospered and grew in both numbers and physical facilities. The sanctuary and east wing were completed in 1958. By the 1960’s the rate of expansion of population in Warwick was leveling off and the percentage of Protestants had declined markedly. With the construction of Interstate 95, Greenwood became readily accessible to a greater geographical region; new members were attracted to the church from growing suburban communities such as North Kingstown and East Greenwich. While the early members were drawn from a wide variety of denominations who were attracted to Greenwood by its location and programs, these new members were more often seeking a specifically Presbyterian congregation.

By the 1980’s, church growth had leveled off and the church had matured. In 1984 a long-range plan was developed by the Session and a new wing equipped with an elevator to assist the elderly and handicapped was constructed to provide more adequate facilities to support Greenwood’s education, music, and worship programs. Greenwood celebrated its seventieth anniversary in November, 2014. During that seventy year history we have called five pastors: the Rev. Richard S. McCarroll, the Rev. John T. Sandlund, the Rev. Dr. Theodore G. Lilley,  the Rev. Dr. Robert J. Peterson, who retired in 1995 after twenty-six years of faithful service to our congregation, and our current pastor, the Rev. Dr. Stephen L. Clark, who has served Greenwood since 1996. Greenwood looks forward to continuing its ministry in the future, finding itself a more regional church situated in a busy, suburban neighborhood with many active members commuting from neighboring communities. 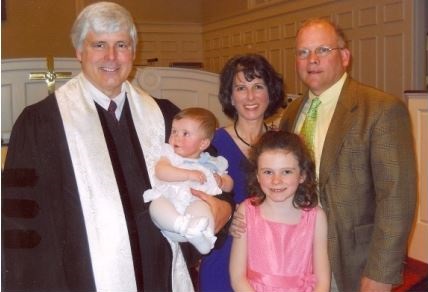